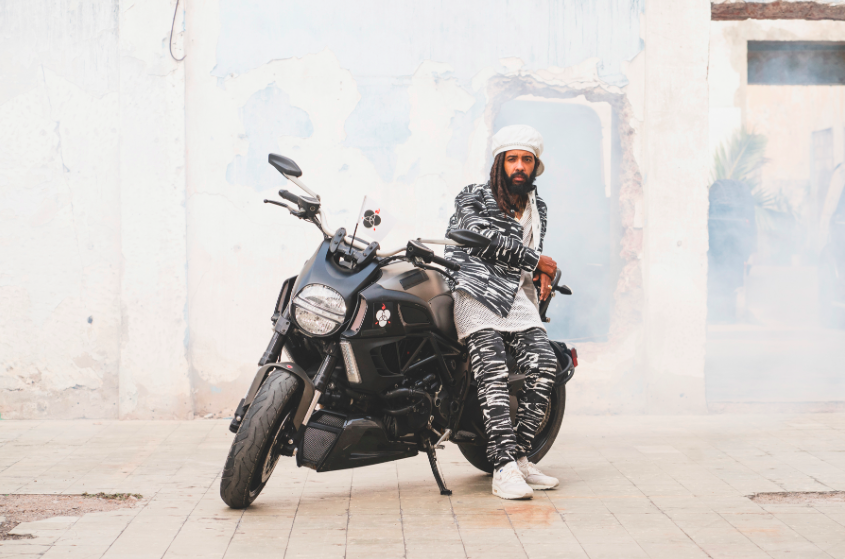 Protoje, one of Jamaica’s most important music figures in front and behind the scenes, will return with arguably his biggest album to date.
In Search of Lost Time is available for pre-order today, August 6th and will be released worldwide on August 28th via In.Digg.Nation Collective / Six Course / RCA Records. Today, he reveals the LP’s latest single and video “Like Royalty” featuring dancehall star Popcaan.
His fifth studio album is on the heels of his first GRAMMY nomination for Best Reggae Album in 2019 for A Matter Of Time, his first riddim production Rock & Groove, a recent guest feature on Alicia Keys’ “Underdog” remix and a major label record deal partnership with his label and artist management company In.Digg.Nation Collective and RCA Records in 2020.
“Like Royalty,” produced by Ziah and Winta James, tells Protoje’s story of struggle to triumph and highlights the people in his life who have helped him along the way. In addition to Popcaan, the Storm Saulter directed visual has cameos from In.Digg.Nation Collective artists’ Sevana and Lila Iké and its affiliate Jaz Elise.
“The song is about letting my people know that as long as I’m healthy and strong, they have nothing to worry about,” Protoje says. “Popcaan was the only person I would have featured on this song – it was him or nobody. I knew his voice would be the perfect compliment and I think he is a great songwriter and storyteller so it was awesome to hear him tell his story about where he came from,” he continues.
Popcaan was happy to collaborate on the song. “Me always a represent for the ghetto youths and want them to strive in life so this is just one of them song we push that message. Nuff struggles we go through but we make it out and we a live like royalty,” he adds.
Protoje “Like Royalty” feat. Popcaan
Time plays a meaningful role in naming his album titles. In Search of Lost Time is a pivotal moment of reflection for Protoje. While he has enjoyed independent success that yielded international fanfare for over a decade, Protoje’s latest studio effort takes a deep look at his personal and professional evolution as a man, a father, and an artist. The title itself is an homage to the early 1900s Marcel Proust french novel about remembering the past.
The forthcoming album is a marked departure from his previous releases and showcases a wider range of collaborations with balanced display of musicianship. The “reggae revival” contemporary colors outside the lines for a cinematic, multi-genre, stadium level LP. Hip Hop and reggae has always heavily influenced his sound, but he raises the bar by merging these two worlds with a variety of key players on both sides. Protoje co-produces many of the tracks, and he also taps Supa Dups (the multi-platinum producer behind timeless songs for Drake, Bruno Mars, Nicki Minaj and John Legend), his resident beatsmith Winta James, Jamaica’s go-to hit-maker Stephen “Di Genius” McGregor and more. Vocalists from Wiz Khalifa, Koffee, Popcaan and Lila Iké also join in on this razor-sharp diverse 10-track release. Protoje shared the album’s first reveal “Same So,” “a relaxed, chilled-out dose of modern-sounding reggae” (Brooklyn Vegan), on July 16th and today “Like Royalty” to give fans a taste of what is to come.
In Search Of Lost Time follows his fourth studio album A Matter of Time (released in 2018 via Mr. Bongo Worldwide Ltd. / Easy Star Records), which resulted in Protoje’s first GRAMMY nomination for Best Reggae Album and debuted at #1 on Billboard’s Reggae Album chart. Protoje rallied Winta James (the same beatmaker behind his breakthrough album Ancient Future) for a genre-bending creation. Songs like “Blood Money,” “Bout Noon,” “No Guarantee” feat Chronixx and “Like This” rose to popularity. He landed features in Rolling Stone and Vogue and his debut U.S. national TV performance on The Tonight Show Starring Jimmy Fallon in May 2019. As one of the leaders of the “reggae revival” movement (VOGUE), Protoje continues to build his presence as a musical icon. When Jamaican newcomer Koffee shouted him out as one of her idols on her debut single “Toast” (now over 125m views), it only solidified his position further as a household name in music. But what some may not know, Protoje is also a pioneering force right now within the music industry. From an entrepreneurial perspective, the musician started his own management and record label In.Digg.Nation Collective. This year, he signed a major deal with RCA Records in partnership with Six Course Records. With RCA Records, Protoje releases his own albums along with music from rising female artists Lila Iké and Sevana. New material has just rolled out from Lila Iké and Sevana, and Protoje will round out the trifecta with his upcoming album In Search Of Lost Time, chock full of feel-good vibes for this summer.
PRE-ORDER ALBUM NOW: https://smarturl.it/InSearchOfLostTime
ALBUM ARTWORK: 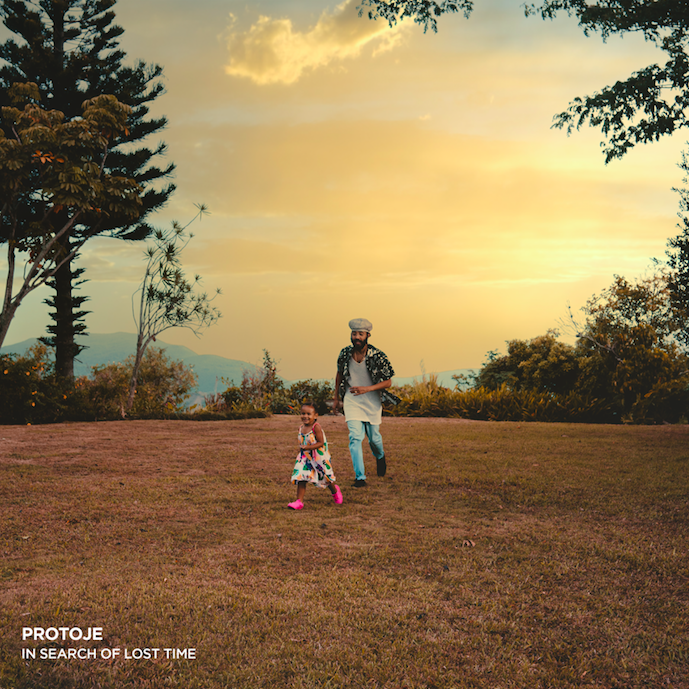