Chronixx provides a pillar of strength and hope on “Same Prayer,” a benediction that carries a universal message throughout life’s ups and downs.

Fellow Jamaican lyricist Kabaka Pyramid complements the song with a verse echoing his sentiment. Following “Dela Move,” “Same Prayer” is the second reveal from Chronixx’s upcoming sophomore album Dela Splash, which is slated for release later this year. The Zion I Kings produced track is available today (June 11) via Soul Circle Music and will feature an accompanying visual next week.

The song rings true with today’s tumultuous times, “There’s so much good in the world and still evil a lurk. In the darkness a night, Jah protect I and I from the ones who nuh care about the fact that we share the same air and the blood that we bleed is alike,” Chronixx laments in the third verse. The powerful message follows in the chorus, “and when I troddin in the streets today, please Jah Jah never leave my side. And everyday the same prayer I say and I’m saying it one more time. Trodding in the streets I pray Jah Jah beg yuh please, never lef I an I, oh never leave I an I.”

Chronixx explains, “Same Prayer is, in part, a prayer for the younger generation to reflect on internally. It’s also a reminder that there is a greater power directing things in the physical space. Instead of looking for solutions in our material lives, we can both reach out to this higher power and look deep within ourselves.” 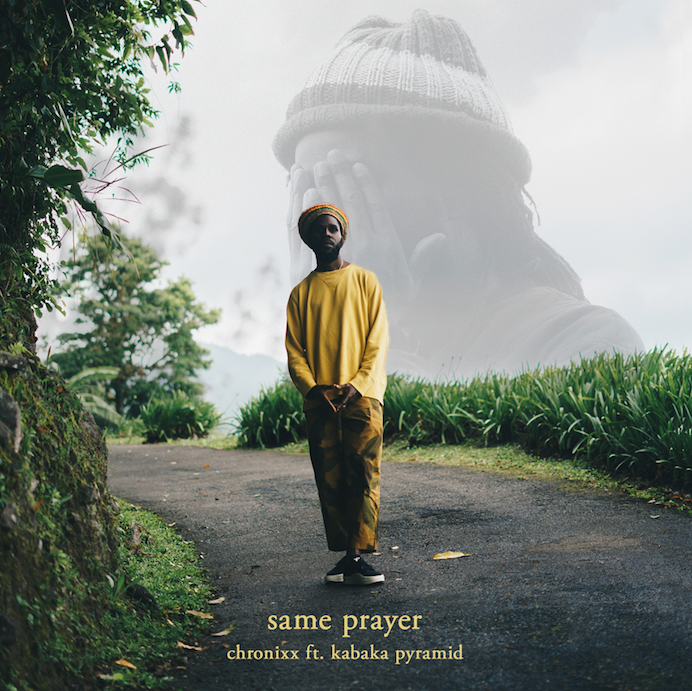