Spice silences a negative influence towards her official clothing brand,

Her new venture, is a clothing brand titled Graci Noir, as promised, Spice launched her clothing line on October 1st with a blazing promotional video of herself and popular Atlanta models showing off some now sold out pieces of clothing.

Therefore, it was shocking to see that with just three days after launch, at least one person was having issues.

“My mom got one and it was trassshhhhhh,” wrote the supposed customer.  “not good material it wasn’t comfy and it shrunk completely after she put it in the dryer ppl please don’t buy!!!” The user recommendation before she advised, “Save your money this is not good quality.”

A very perturbed and in dismay Spice picked up on the comment and delivered a fierce response, blasting the alleged customer as a fake.

“Your Mumma must be a bloodcl**t Duppy weh a do her own shipping because me not even ship out one order yet and uno start hate pon me already,” came the clapback from Spice. “Do me a favor please, since Yuh draw your mother inna diss you yuh mumma and fi har mumma come bite me,” came the final blow topped off with an emoji showing a middle finger.

In anticipation of persons coercing her in being more tactful in her response, she wrote in the caption, “Nobody don’t tell me to be the bigger person I’m the smaller one. A she put har mumma Inna diss #Bitemehaters . I Just had to post this to show you how people wicked Inna life. I haven’t even shipped one order yet @gracinoir SMH.” 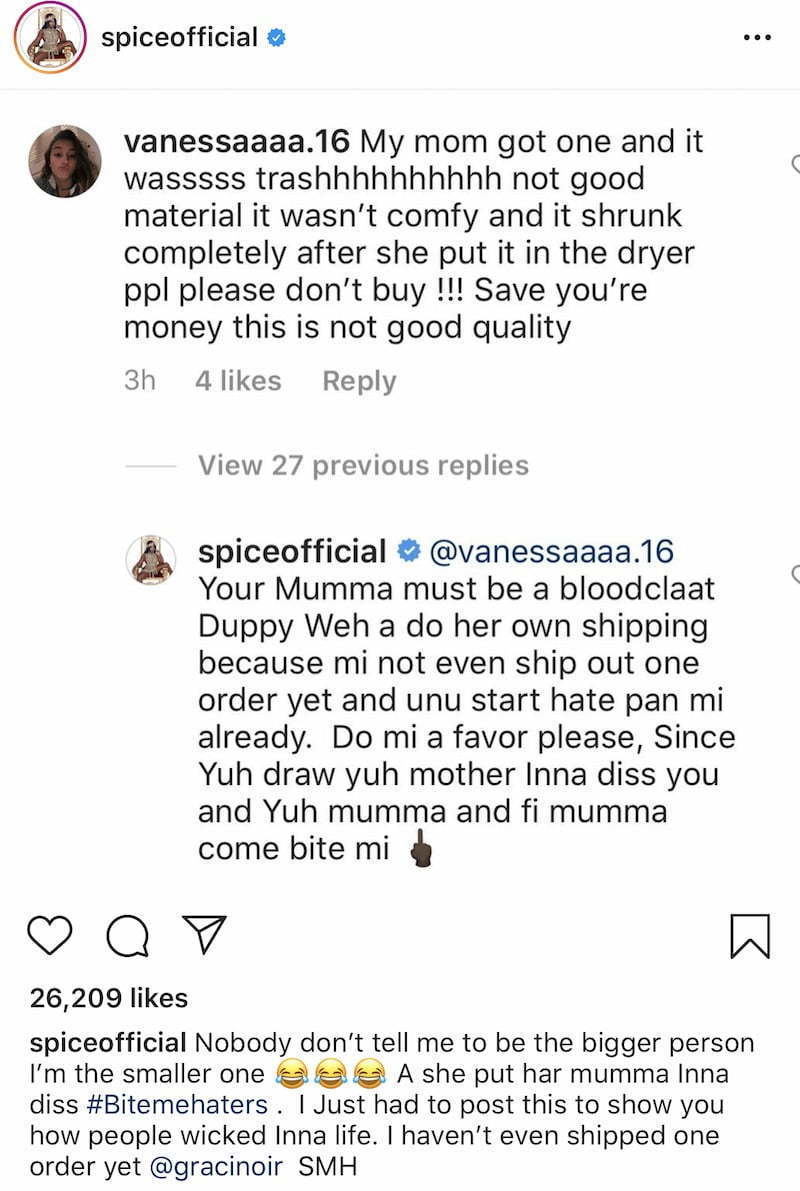 As for the launch of the clothing line, the Love & Hip Hop Atlanta star has received a ton of praise from fellow industry members and her female fans who see her as a true source of motivation.