Ad
Today, Sevana announces the release of her EP Be Somebody (out July 31) with her first single and video “If You Only Knew.”
Produced by Kelsey Gonzalez, bassist for Anderson .Paak’s Free Nationals, the song is the Jamaican singer-songwriter’s major label debut since signing with RCA Records in partnership with In.Digg.Nation Collective facilitated through the relationship with Six Course Records.
Love is boundless on the new melodious anthem. Sevana sings with beaming optimism inspired by the concept of going the distance in a relationship, physically and emotionally. As displayed in the song’s video, she travels on foot, by boat, car, and motorcycle over the easy-going rhythm. Director Yoram Savion captured the theme of “If You Only Knew” by filming Sevana in Dakar, Senegal, and Portland, Jamaica.
Sevana | “If You Only Knew”
“If You Only Knew” sets the tone for Sevana’s forthcoming 6-track EP Be Somebody, (In.Digg.Nation Collective/Six Course/RCA Records). On the EP, she ventures on a path of self discovery and love, complimented with minimally eloquent production that gives room for her soaring vocals and emotive lyrics to take center stage. The EP’s title track encourages the listener to reach one’s full potential despite overwhelming feelings of doubt amidst the pressures of the world. “Let me be greater than this,” Sevana wails with intensity. One of the album’s crown jewels “Set Me On Fire” is a tale of revenge in a relationship where she turns her tragedy into triumph. On the more flirtatious track “Mango,” Sevana has space to flow in her sultry Jamaican accent over a minimal backdrop of airy synths and tickling guitar notes. “I wanted to take the listener on a meaningful journey and I think I did that,” she says about her EP. In addition to Kelsey Gonzalez lending production, Izy Beats, J Vibe, Protoje, J.L.L. and Paris La Mont Dennis II anchor the EP with a diverse palette of sounds.
Sevana is poised to reach great heights with her limitless vocal range and soulful depth. Born Anna-Sharé Blake in Jamaica’s parish of Westmoreland, Sevana coined her name after Savannah-La-Mar, the picturesque coastal town where she grew up. Her musical awakening began at eight-years-old over Sunday morning breakfast, when she broke out in an impromptu rendition of Celine Dion’s “A New Day” for her family.
“Music has always felt instinctual to me. When I’m spilling over with feelings I write it, when I’m happy I sing, when I’m frustrated I dance to it,” says Sevana. “My relationship with music is the only one that has remained reciprocal and at the risk of sounding dramatic, it is my saving grace,” she continues.
Iconic singers like Celine Dion, Beyoncé, and Anita Baker have inspired the Jamaican-born chanteuse, and now Sevana looks to follow in their footsteps. Sevana effortlessly flows between her powerful vocals and bold Jamaican patois, blending traditional R&B/soul that influences her sound and the Caribbean’s tropical percussive rhythms that raised her.
Listen/Watch “If You Only Knew” (out today 7.16):
https://smarturl.it/xIfYouOnlyKnew
Pre-Save Sevana’s Be Somebody EP (out 7.31):
https://smarturl.it/BeSomebodyEP 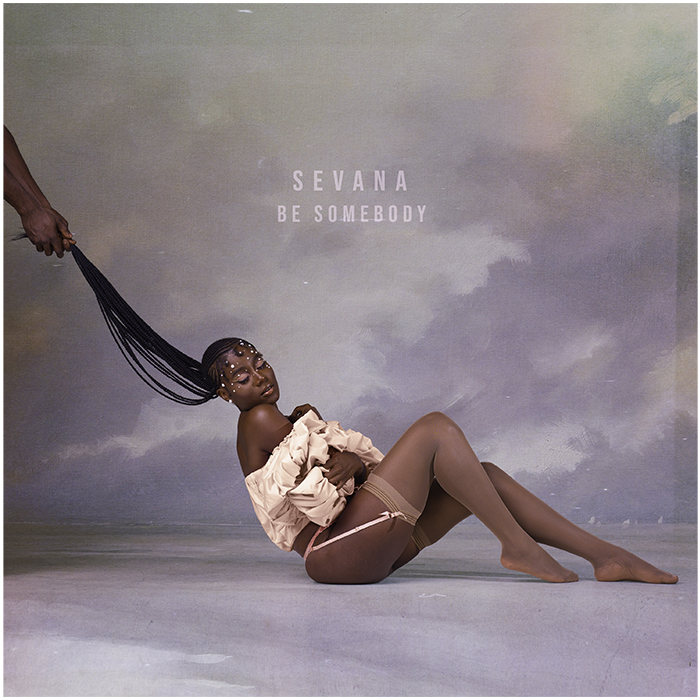 About Sevanna
Sevana got her musical break in 2008 with the girl group SLR, placing third place on Digicel Rising Stars (Jamaica’s equivalent of American Idol). Then, she was introduced to international audiences through her feature on “Sudden Flight” from Protoje’s 2014 album Ancient Future. She joined Protoje’s label and management company In.Digg.Nation Collective shortly after and has since released a soulful self-titled solo EP in 2016, the infectious single “Sometime Love” in 2018 and the uptempo dancehall-fused hit “Nobody Man” in 2019 along with “Haul and Pull” off the Protoje-produced riddim Rock & Groove. Sevana has earned notoriety by The FADER, NYLON, Complex, VICE, BBC (1Xtra) and BBC Radio 1. Over the last year, she has landed solo festival performances at Boomtown (UK), Reggae Geel (Germany), Rototom Sunsplash (Spain) and Sole DXB Festival (Dubai) and joined Protoje on some of his major shows, including BRIC’s Celebrate Brooklyn! NYC concert and Jamaica’s largest annual music festival Reggae Sumfest. Most recently, she was included in PUMA Middle East’s 2020 campaign along with labelmate Lila Iké. “If You Only Knew” showcases the collaboration between PUMA and Sevana through her self-styled outfits that blended PUMA sneakers and activewear with authentic Senegalese head wraps.
www.sevanaworld.com
https://instagram.com/callmesevana
https://www.facebook.com/callmesevana
https://twitter.com/callmesevana
Ad - Matched Content